The Green Party of Canada

The Green Party of Canada

I was born and raised in Calgary until I was 12.

I was born in Calgary in 1983, the second of Mardy and Dan’s five children, and happily surrounded by grandparents, aunts, uncles, and cousins around my age. I participated in children’s choirs, Brownies, and church variety shows. In Grade 7, my best friend and I became the Environmental Concerns Directors at our school (which primarily meant that we could get out of class to take out the recycling). It was during these formative years in Calgary that I began to really take notice of the environment and climate around me.

I finished school, went to University, and started a family in the States.

The summer after I finished Grade 7, when I was 12, my family moved to Winchester, Indiana – a three-stoplight, blue collar town in rural America. When we moved, it was in the midst of a heatwave, not unlike the one we’re all languishing under right now, but there was no ocean, and there were no clean rivers we could cool ourselves off in (the water there is so polluted that inhabitants are cautioned never to eat the fish). And it was humid – the air stuck to you, and no shade or shelter could cool us off. People died from the heat that summer, mostly elderly people who lived alone. That fact sticks with you, too.

Our first winter there was brutal: sub-zero temperatures, frequent whiteout conditions, and no electricity or running water meant my family huddled around the fire inside, cooked what we could over it, played charades by its light, and went to bed early – my sisters and I all sleeping together in one bed for warmth, and my younger brothers were with my parents. We got a generator after that, but now we had an idea of what it was like to go without.

For many, though, the situation is annual, and deciding whether to buy medicine or keep the home warm is a very real problem. By the time we got to Winchester, the factories were closing and the jobs were gone – shipped overseas to be done cheaper. Unions were dead, and options after high school were limited. If you couldn’t afford college, the military was the best choice. I was lucky. In 2000, I graduated at the top of my class and received a full tuition scholarship to the University of Indianapolis, where I double-majored in German and Psychology, earning my BA in 2004. I stayed on there to earn my MA in Clinical Psychology, before starting law school in 2006, fulfilling my mom’s long-time prophecy of the career I would take.

But I was always going to come back.

Around 2009, when I graduated with my JD, I started planning my return to Canada in earnest. I had never become an American citizen, and I didn’t ever feel like I belonged there. My aunt and uncle lived in Nanoose Bay, and I fell in love with the Island on our visits to see them. In 2014, right on schedule with my five-year plan, and on the heels of a divorce, I packed up and moved. I was a newly single mom and had a 13-month-old on my hip – it was hard. My Auntie Allana and Uncle John graciously gave us room and board with them, and I got a job as a secretary in Nanaimo. I was back on my feet and finally saving some money. But I was lonely. I missed my family and my friends, and I moved back before US Immigration would have an excuse to get really persnickety.

Even if it took more than one try.

In 2015, I married Jon, my best friend and law partner. Our wedding was in Lake Louise, and we had our daughter in North Bay, Ontario (I was 39½ weeks pregnant when the results of the 2016 Presidential Election were announced, and we wanted our child to be Canadian first, so we drove up there, my Auntie Diane and Uncle Bobby lovingly opening their home to us). Our resolve to move our family back to Canada intensified as the Trump years wore on. In 2019, we applied for Jon’s permanent residency and listed our house – we decided that when our house sold, it would be the Universe’s signal to us that it was time to move.

But our house didn’t sell. Then the pandemic began, and then George Floyd was murdered. Protests and riots erupted across the Country, and our law firm offered pro bono representation to anyone arrested peacefully protesting in Chicago, Indianapolis, or Louisville. The offer went viral, and Jon’s phone was ringing off the hook with people asking for help. He also got death threats. They started out kind of vague, but then someone phoned Jon, gave him our home address, and said he was coming for him. I took the kids away to my parents’ to be safe. When it became clear that the U.S. had completely flubbed its pandemic response and our son would not be able to attend school, we punched our ticket and left.

We love being back in Canada.

And we gratefully and humbly acknowledge that we live, work, and play on the Unceded traditional territory of the K’omoks First Nation, the traditional keepers of this land.

The Importance
of Family

Family plays an enormous role in my life. I come from generations of men and women who have stood up for important ideals and marginalized people. My grandfather, a United Church minister, was an outspoken critic of prejudicial and cruel policies. My maternal grandmother, paralyzed from childhood polio, advocated for the rights of people with physical disabilities. My paternal grandmother volunteered with Meals-on-Wheels for decades, sometimes with me in tow. My dad, a family physician in rural, underserved communities, taught me to treat all people with dignity and respect, and my mother (the daughter of a “cripple”) taught me that sometimes, you have to fight for what’s right. 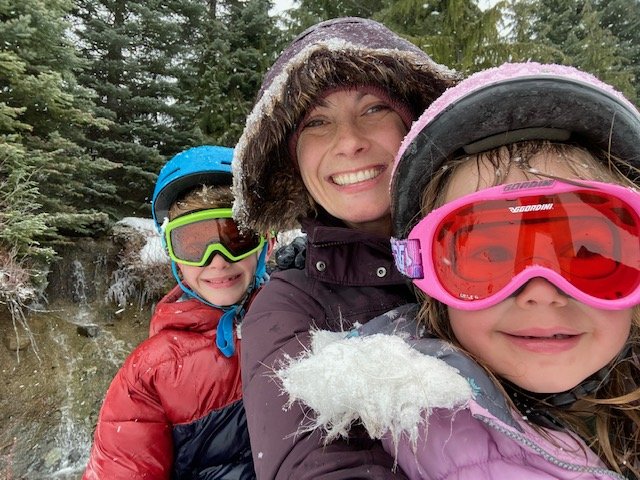 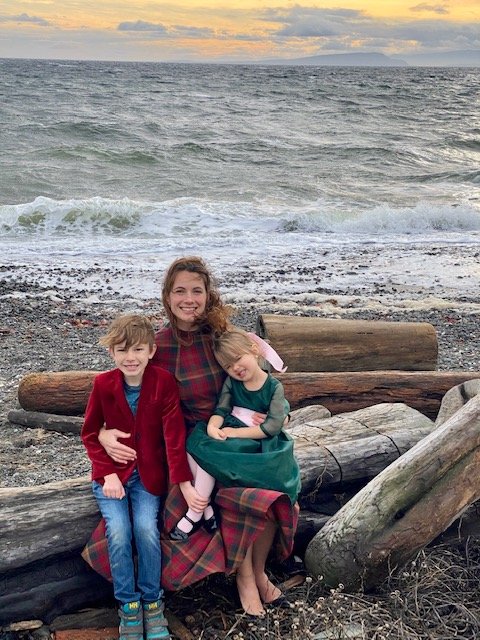 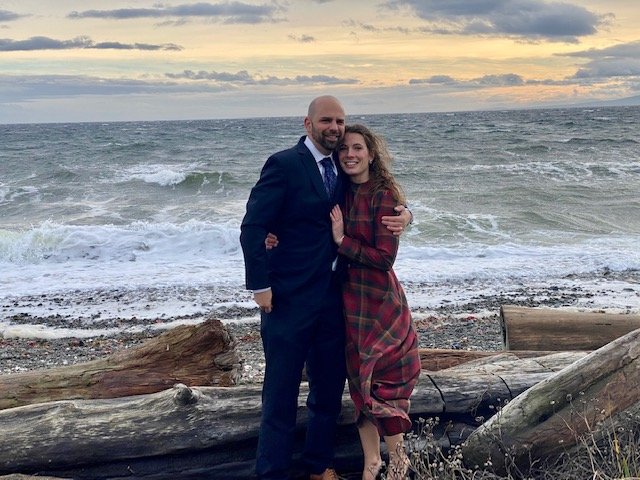 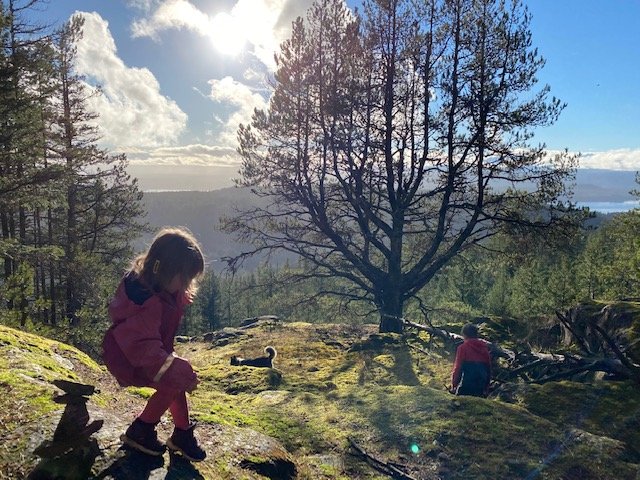 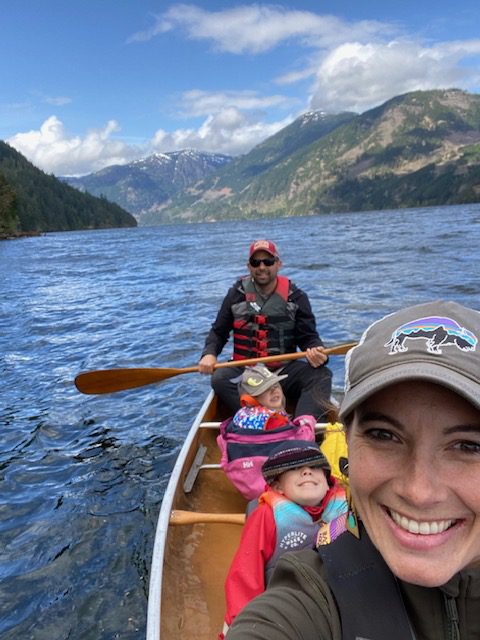 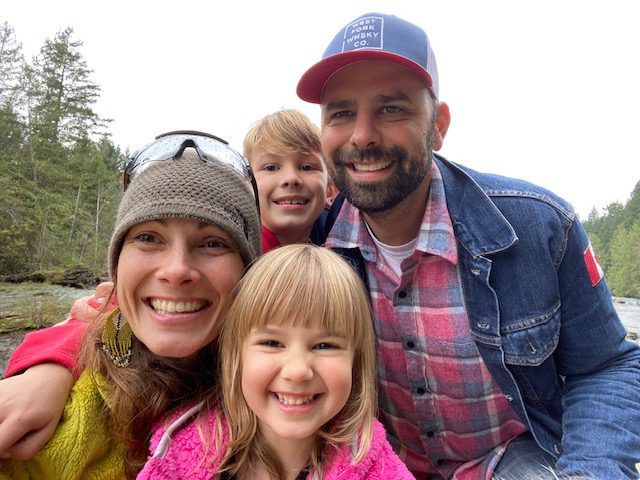 I have spent most of the past decade representing prisoners who are not being treated humanely. The prisons in the States are appalling – they are freezing in the winter and furnaces in the summers. I once visited a prisoner who had bugs – big beetles – crawling all over him. I have had another client who was denied soap and running water to wash with during Ramadan, and another who was raped on multiple occasions by one of the guards. But the denial of necessary medical care was the most common theme in my prisoner practice.

The prisons in my state contracts their medical care out to private companies, so treatment plans are based on the bottom line and not on what is needed. The inmates are not treated like humans; they are not even treated like animals. They are treated like a line item in a budget. My first client in this field, Mark, was denied the cocktail of drugs that kept his HIV in check because (and he was told this to his face) they were too expensive. By the time he was released, his viral loads were at AIDS levels again and it took several attempts to find the new combination of antiretrovirals that could help him. Next was Lance – he lost the sight in one of his eyes, and it was entirely preventable. When I went to visit Ricci, he unwrapped the old, dirty bandages around a wrist surgery and showed me how the prison nurses had caused the wound to open and fester – I could see his tendons clearly. Rey was left for so long begging for help with abdominal pain that he began to vomit feces. When I got too frustrated by only being able to help a few people at a time, I helped to write a rule in our federal court that requires all lawyers who work in the district to accept a prisoner’s case if they’re called on to do it.

The second biggest chunk of my practice has been to represent victims of institutional sexual abuse. What I mean by that is sexual abuse that only happened because of the structure and culture within an institution, primarily (for us, anyway) the Catholic Church or elite amateur sport.

Jon and I have been trying for a decade to raise the alarm about coaches who sexually abuse the athletes in their charge, but again, we could only help one or two people at a time. We knew there were drawers full of complaints against coaches in practically every sport, but no matter who Jon begged to take an interest, nothing ever happened. Then one day in 2015, we finally got a break – USA Gymnastics had forgotten to seal a court document, making their coach complaint files public record. I called a reporter I knew at The Indianapolis Star and connected her with Jon – she had to get to the small town in Georgia where the court was and make a copy of this file before the mistake was realized. The Star took the tip and ran with it. After the story was published, a scandal of epic proportions ensued. More than 265 women came forward to report that they had been sexually abused as girls by the same team doctor. Once Olympic Gold Medalists began coming forward, the problem could no longer be ignored; laws were changed to give more protection to athletes and even the people who were at the very top who let this happen were punished.

Legal Work in BC

Even before I was licensed to practice law in BC, I was looking for ways I could get involved. I really wanted to find ways to support Indigenous communities, and I soon came across Mark Stevenson, a lawyer and the chief negotiator for the K’ómoks First Nation. He and I have been working together since January on various matters involving Indigenous legal issues. The work and research has been both complex and fulfilling. I have been blown away by the absolute loveliness, openness, and generosity of the First Nations People I have encountered in this work, and I am learning so much about the BC Treaty Process and the challenges faced by our First Nations communities.

I love to be outdoors – camping, canoeing, fly fishing, trail running, hiking, snowshoeing, and cross-country skiing are a few of my favourite things to do. On indoor days, I enjoy sewing, crocheting, and cross-stitching. And during any and all of these activities, or as an activity in itself, I love to sing.